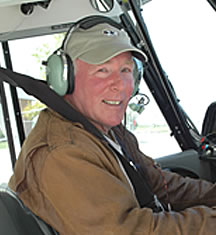 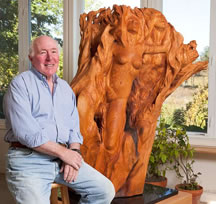 Born and raised in New York City, Barry Ross had an artist’s education: High School of Music and Art in NYC and Pratt Institute, where he graduated with a BFA in Graphic Arts and Illustration. His family had a prosperous Advertising Agency In NYC, and art in all forms was fostered in their family.

As a nationally recognized prize winning Illustrator, his work was sought after by many of the larger corporations, including Exxon, Mobil Oil, Martin Marietta Aerospace, ABB Corporation, and Bendix Aerospace. His specialty was interpreting technology and also sports, and for over 30 years he was a regular contributor to Golf Magazine, Flying Magazine, Scientific American, Sports Illustrated, and many others.

He has had one-man shows of his aviation art at the Seattle Air and Space Museum and the Wings Over the Rockies Museum in Denver Colorado, and there is a permanent exhibition of his aviation paintings at the EAA AirVenture Museum in Oshkosh, Wisconsin.

Recently Barry’s artistic expression has been with sculpting, with wood as his preferred medium. Hoping to release the forms and images inherent in each piece of wood, he prefers to use traditional tools and hand carving to maintain that close connection with the wood; to him it feels like a “collaborative work” and that the inspiration coming from the wood itself is given form through his hands and tools.